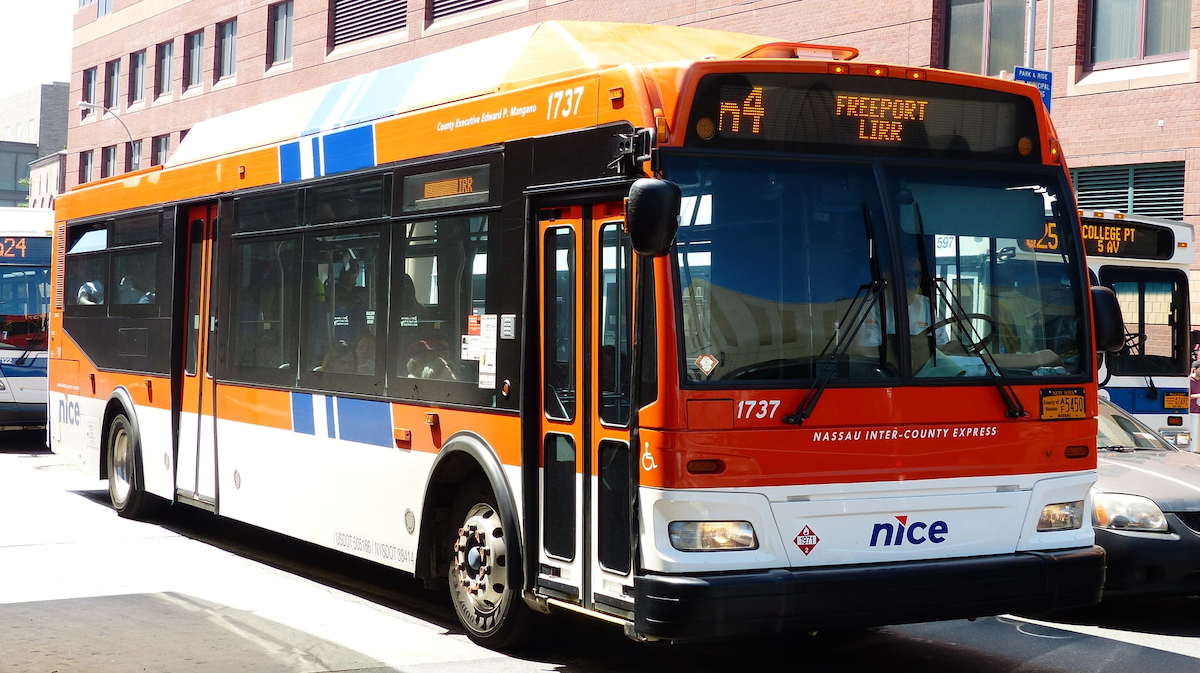 The viability of NICE benefits everyone. To understand the origins of how we got here, you must go back in time to the early 1970s. Prior to NICE, bus service in Nassau County was operated under Long Island Bus and Metropolitan Suburban Bus Authority. In 1973, Nassau County purchased equipment, routes and some facilities from numerous private bus operators – most of whom were experiencing serious financial difficulties. These private bus operators included Bee Line, Rockville Center Bus Corporation, Utility Lines, Stage Coach Lines, Schenck Transportation, Inc., Nassau Bus Line, Hempstead Bus Corporation, Jerusalem Avenue Bus Lines, Universal Auto Bus, Roosevelt Bus Lines, Stage Coach Lines, Hendrickson Bus Corporation and others. Their respective fare box income was insufficient to cover current day to day operating expenses. They lacked the funding to purchase new replacement buses, along with upgrading out of date maintenance and operating bus garages. Nassau County followed up that same year by entering into a lease and operating agreement with the Metropolitan Transportation Authority to continue providing local bus service. This resulted in the creation of the Metropolitan Suburban Bus Authority (MSBA). Years later, MSBA was followed by Long Island Bus and on Jan. 1, 2012, Nassau Inter County Express. Most of the same routes operated by MSBA, LI Bus and NICE Bus today can be traced back to the various private bus operators.

It is a four-way dance between fares paid by riders along with funding provided by Nassau County, the state and the federal government in financing public bus transportation operated by NICE. It operates a fleet of 280 buses out of the Mitchell Field bus garage. NICE also operates a fleet of 122 Able Ride paratransit vehicles out of the Stewart Avenue facility. Both facilities were constructed by federal capital grants with local matching funds provided by Nassau County and the New York State Department of Transportation. It was the same funding sources for both construction of the Hempstead Multi-Modal Bus Terminal, Mineola Intermodal Bus Terminal/Commuter Parking Garage and Rockville Centre Bus Garage, which was removed from active transit service in 2017. All five of these investments combined cost more than $100 million. In today’s dollars, it would be far higher.

NICE attempts to schedule bus replacements on a 500,000-mile or 12-year cycle, which ever comes first. This is based upon Federal Transit Administration eligibility guidelines. Since 1973, buses operated by NICE under contract to Nassau County are now on the fourth replacement cycle. Most buses operated by NICE are under 12-years old. This was not the case decades earlier when the average age of the fleet was closer to 12 years.

Farebox recovery rate analysis is critical in determining the frequency and continuation of service on a route-by-route basis. Fifty percent is a good transit industry standard. Some routes are higher and others lower. There are bound to be routes with a handful of riders and a very low farebox recovery rate. In these cases, difficult decisions have to be made by management for preservation of the overall system benefiting the other 98 percent of daily riders. It is easy over time to add service providing the financial support is available.

The riding public has a difficult time understanding why their route is subject to reduction in the frequency or elimination of all service because it has become a significant financial drain on the transit system. The costs of labor for drivers including salary and benefits along with fueling, washing, cleaning and maintenance of equipment are major factors in determining the price of service. You also have to add depreciation over time for the life of the bus. The average cost of providing service on any bus route averages $180 dollars or more per hour.

It has been 48 years since Nassau County took control of all bus routes from private operators. Over that time period, Nassau County, New York state and the federal government have invested more than $760 million combined in capital improvements. Operating subsidy dollars easily top more than $1.5 billion.

Since the 1950s, the average cost of riding a bus in Nassau County has gone up at a lower rate than either the consumer price index or inflation. The Metro Card introduced in 1996 affords a free transfer between NICE bus and the NYC Transit bus or subway. Prior to this, riders had to pay two full fares. Purchasing either a weekly or monthly pass further reduces the cost per ride. Many employers offer transit checks, which pay even more of the costs.

In the end, it all comes down to the availability of increased funding for additional transportation service to serve residents. Operating subsidies are required to increase the level of service and reduce the amount of time one waits for a bus on existing routes. Same for adding more off-peak, evening and weekend service. This also holds true for those routes currently under discussion for elimination when there are insufficient revenues to maintain existing service.

TANSTAFL – There ain’t no such thing as a free lunch or in this case, bus ride, but NICE services continue to be one of the best bargains around.