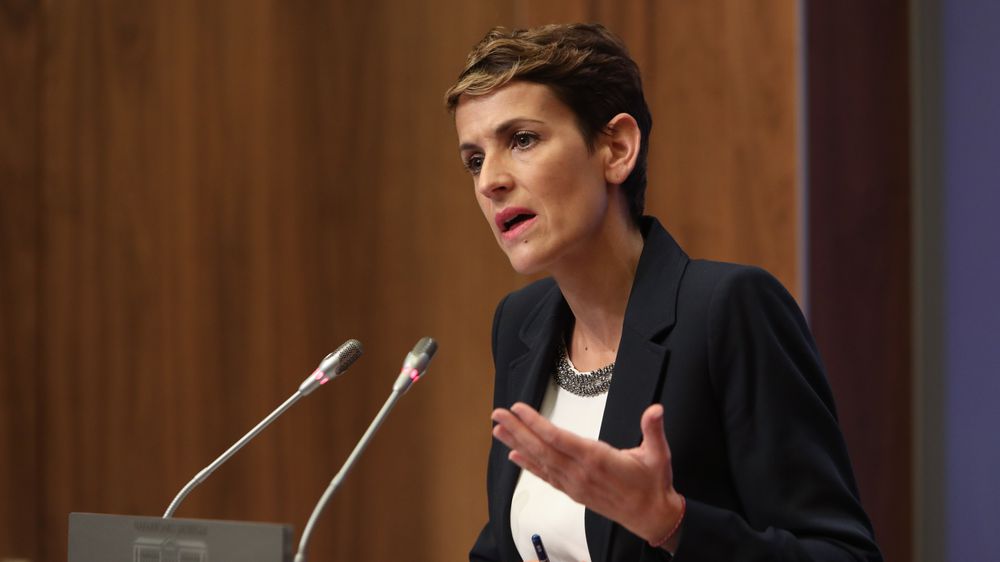 The entire Navarre region in northern Spain will be confined from this Thursday onward for a 15-day period, in a bid to curb the spread of the coronavirus. People will only be able to enter or leave the area if it is for work reasons, to access care services or in cases of emergency. The regional government also announced on Monday evening that the entire hostelry sector would be closed, as well as an obligatory 9pm closure for commercial, cultural and sporting activities.

The regional premier, María Chivite of the Navarre Socialist Party, justified the measures on Monday due to the spread of the virus in the region, and the progressive rise in pressure on area hospitals. The 14-day cumulative number of coronavirus cases per 100,000 inhabitants has reached 945, according to the latest report from the Spanish Health Ministry, which is way above the national average of 312.

This is about shutting down all non-essential activity

Four areas in the region – Peralta, Funes, Falces and San Adrián – were already confined due to the epidemiological situation. On Sunday, 466 new cases were detected and the positivity rate of testing rose to 17.1% (i.e. the number of positive cases as a ratio of the total carried out). There are currently 296 coronavirus patients in Navarre’s hospitals, 37 of whom are in intensive care unit (ICU) beds.

Chivite stated that the perimetral confinement of Navarre “is not a curfew,” but she did admit that the new mobility restrictions will cause inconvenience for citizens. “This is about shutting down all non-essential activity,” she said. The additional closure of bars and restaurants for this two-week period is something that the Catalonia region introduced on Friday, despite having a much lower incidence of the virus. Navarre will also limit capacity on public transport to 50%.

Private meetings will be limited to family units and those who cohabit, apart from for people who live alone and those who need special care or attention, Chivite explained.

On October 13, new restrictions were introduced that limited meetings to six people for those who do not live together, as well as a capacity reduction for hostelry to 40% and closing times of 10pm, among other measures. But these have not proved sufficient to contain the spread of the virus, which currently has Navarre on red alert.

The regional government had proposed sticking with the aforementioned measures for another two weeks, but the advance of the virus has prompted the stricter limits that will go into place from Thursday.

“We do not want to compromise the health system,” said Chivite on Monday. “We want to be able to treat Covid patients without having to stop offering appointments for other fields. Seeing that the measures are slowly working, we need to accompany them with others that are tougher, because we don’t want to get there late.”

Meanwhile, the regional government in Castilla y León has also confined the municipality of Aranda de Duero, which has 32,000 inhabitants, given the rising number of coronavirus cases there.

Sources from the regional administration confirmed on Monday that the city of Burgos, population 175,000, will also be subject to a perimetral confinement for at least two weeks from tonight onward. The second wave of the coronavirus continues to spread out of control in the region, which has seen three consecutive days with more than 1,000 daily confirmed cases.

The provincial capital cities of León, Palencia and Salamanca are already subject to a perimetral confinement, as are the municipalities of Miranda de Ebro (Burgos) and Medina del Campo (Valladolid). On Tuesday the Castilla y León regional government confirmed that León and Palencia would be subject to a further two-week confinement period.

West Hoathly to Balcombe | The Argus